Although we won our Supreme Court case and the Peel Watershed is much closer to being protected, we’re still a step away from full and legal protection for the watershed. The Supreme Court directed the Yukon Government back to the stage of final consultations on the Final Recommended Plan - where we should have been years ago if the previous Yukon government had not derailed the land use planning process. First Nations have already met with the Yukon government to discuss next steps for final consultations, add your voice to tell the government to permanently protect 80% of the Peel!

Victory at the Supreme Court of Canada 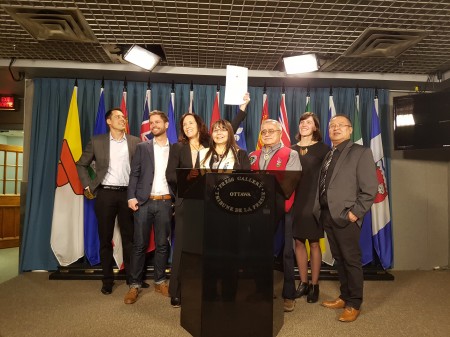 On Dec. 1, 2017, the Supreme Court ruled in our favour - a massive legal victory for the Peel Watershed and the integrity of the Yukon's Final Agreements. The decision means the Yukon Government must now complete the final stage of consultation for the Peel Watershed - rather than return to an earlier stage where it could introduce new modifications pertaining to access and development in the Watershed. The decision also limits the Yukon Government's ability to modify or reject a plan at the final stage of the process. 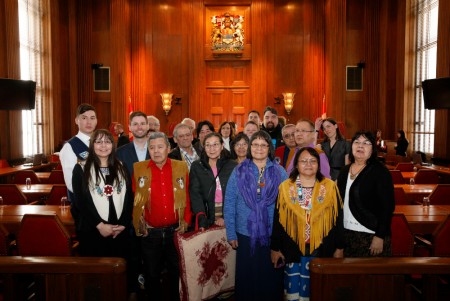 2017 - On March 22, World Water Day, the highest court in Canada heard the case in Ottawa. Close to 50 people from across the Yukon and representing all affected First Nations were in attendance for the landmark hearing that will test the integrity of the Yukon's Final Agreements. Renowned lawyer Thomas Berger made compelling arguments that the Yukon Government should not be granted a do-over on a process in which it had every opportunity to participate fully and honestly. For reconciliation and for future land use planning, he argued, the process should be returned to the final stage of consultation, where the government would not be able to increase the amount of access and development in the Peel.

Final Appeal to the Supreme Court of Canada 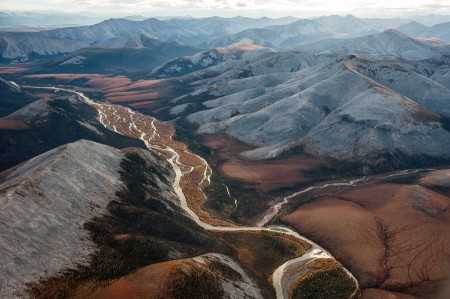 2016 - In June 2016, the Supreme Court of Canada granted us leave to appeal our case, confirming that the Peel case is of national and public importance. A new Yukon government was elected in November 2016 with a pro-Peel platform, but the court case will still go ahead to achieve certainty for future Land Use Planning in the Yukon. We will continue to encourage Yukon Government to adopt the Final Recommended Plan and protect 80% of the Peel River Watershed – which would result in one of the largest protected areas in North America. The Supreme Court of Canada heard the case on March 22, 2017. 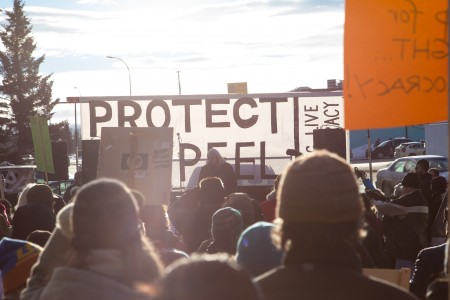 2015 - Yukon Government appealed the Yukon Supreme Court ruling. The appeal was heard August 2015, accompanied by a water ceremony, rally, and gathering. The Yukon Court of Appeal upheld much of the previous ruling, but allowed Yukon Government to modify the Commission’s Final Recommended Plan to allow for more access and industrial development. The First Nations and conservation groups appealed to the Supreme Court of Canada. 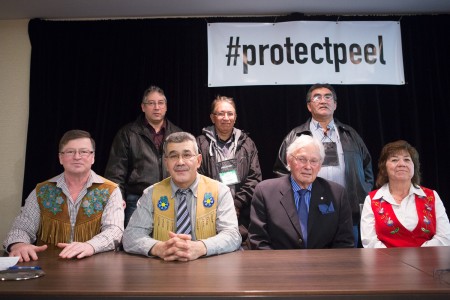 2014 - In January 2014, Yukon Government released its own plan opening up more than 71% of the Peel to roads and industrial development. Peel First Nations and Yukon conservation groups took the government to court. Unprecedented numbers of people observed the case in the Yukon Supreme Court, with a silent vigil, ceremonial fire, prayer circle, and other events taking place outside the court. In December, the court ruled that Yukon Government had violated the Land Use Planning process. The ruling quashed Yukon Government’s plan for the Peel and sent the planning process back to the final round of consultation, without the option for Yukon Government to introduce new modifications that would increase access and industrial development in the watershed. 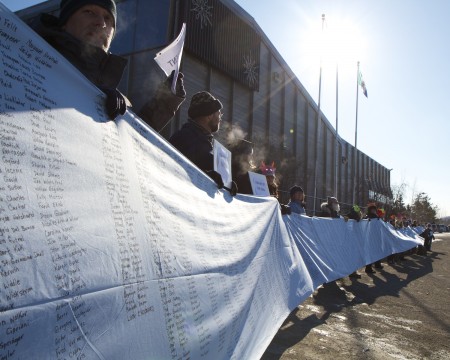 2012-2013 - Yukon Government released new ‘principles’ for the Peel decision, which were vocally criticized by First Nations, ENGOs, the public, tourism and outfitting associations, among others. People filled the Legislature on opening and closing days to demand that the Peel and democracy be protected, and a youth protest briefly closed the Legislature. During final consultations, 94% of the 10,000+ submissions supported the Commission’s Final Recommended Plan, or complete protection for the Peel. 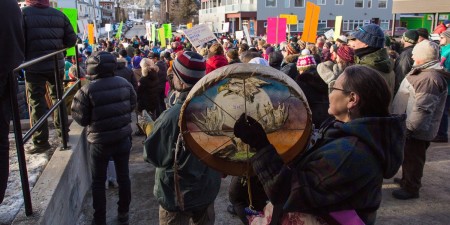 2010-2011 - In July 2011, the Final Recommended Land Use Plan was released, calling for 55% permanent protection and 25% interim protection to be decided upon in future plan reviews, with 20% open to roads and industrial development. In fall 2011, the Peel Watershed was the top issue in the territorial election, garnering local media coverage, public support, and candidate debate. 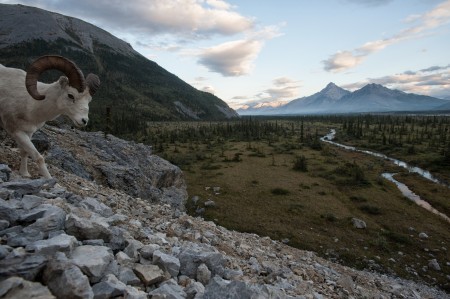 The Draft Land Use Plan, released in early 2009, zoned half the watershed for industrial development; neither industry nor those who wanted protection were happy with this plan. The majority of Yukoners felt that the main priorities in the Peel should be the environment, wildlife, and wilderness protection. The Recommended Land Use Plan, released later in 2009, took a precautionary approach and protected 80% of the Peel from roads and industrial development, with a plan amendment needed to build roads in the remaining 20%. 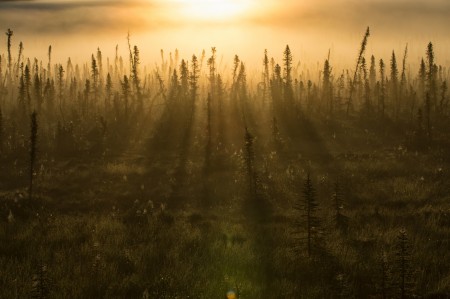 2004 - Land Use Planning began for the Peel Watershed. The Peel Watershed Planning Commission was tasked with developing a recommended plan for land use in the watershed in consultation with the public, stakeholders, and plan partners.

Studies on the Peel and Three Rivers Journey 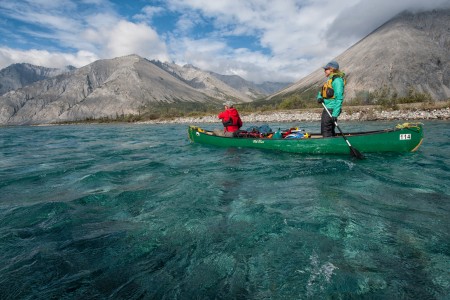 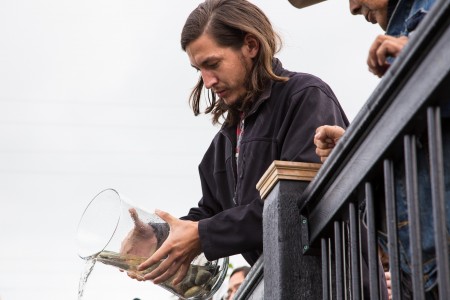