To recognize the significance of the Peel legal case being heard at Supreme Court of Canada and the long struggle for the land’s protection that preceded it, CPAWS Yukon and the Yukon Conservation Society (YCS) collaborated with the First Nation of Na Cho Nyäk Dän, the Tr'ondëk Hwëch'in, Vuntut Gwitchin First Nation, and the Tetlit Gwich'in Council to create a photo exhibition.

PROTECTING THE PEEL WATERSHED: VOICES FROM CANADA'S NORTH explores the diversity of reasons why so many people value the Peel Watershed and have continued to fight for its protection. The show is a product of interviews and photoshoots conducted in the four communities surrounding the Peel Watershed: Mayo, Dawson City, Old Crow, and Fort McPherson, as well as in Yukon’s capital city of Whitehorse. Short excerpts from individual interviews are presented alongside stunning photographs from Yukon photographers Cathie Archbould and Peter Mather. Feel free to visit our mini-gallery to see a sample of the exhibit.

After its March debut at the SAW Gallery in Ottawa, the show has hit home soil and is making its tour of the communities involved in its creation.

Past and Upcoming Tour Dates

Please don't hesitate to email us for additional information about the exhibit or the tour. 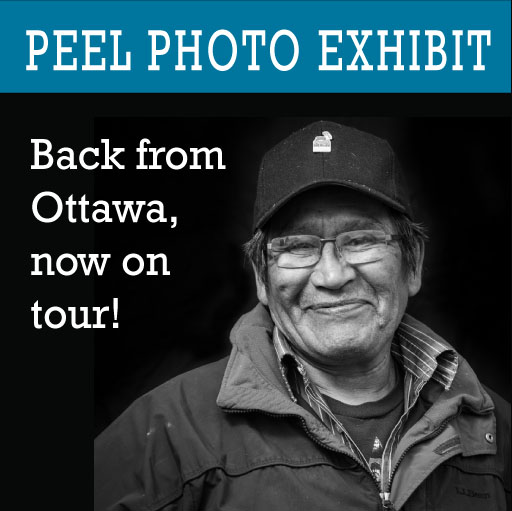 Back to all news »