The Fight for the Peel Watershed in 12 Powerful Photos 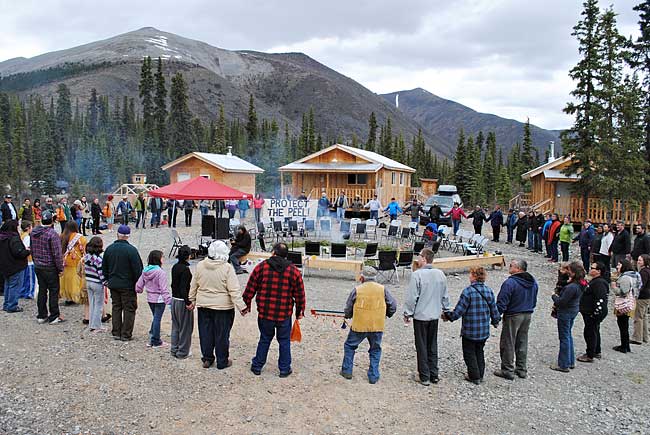 Elders from the four Peel First Nations gather in Cache Creek, Yukon in 2012 to ask for maximum protection. First Nations have long been calling for 100% protection of their traditional territory in the Peel, but many were willing to accept the compromise in the Final Recommended Plan, with 80% of the land protected and 20% open to development. 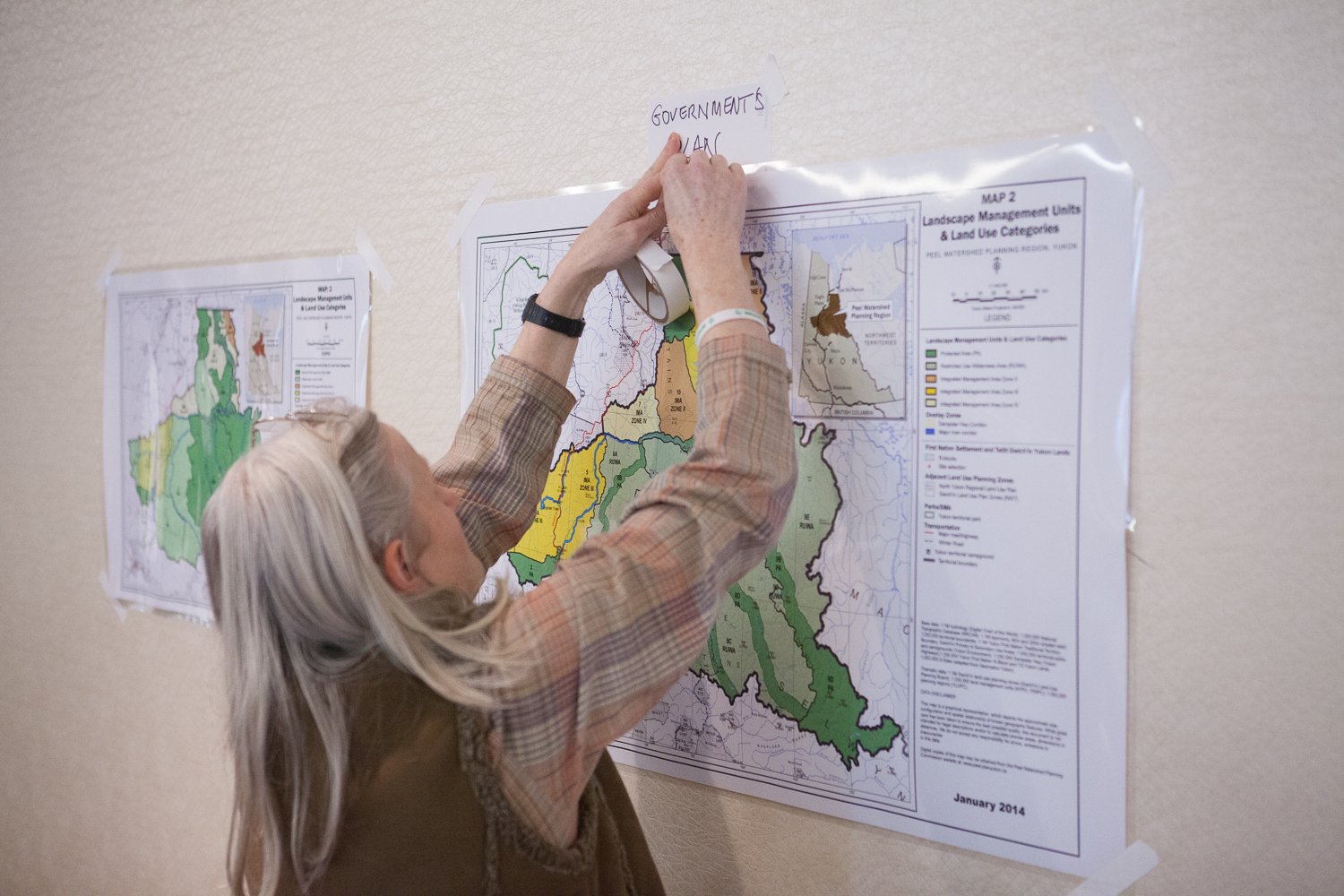 Former CPAWS Yukon Executive Director, Gill Cracknell, puts up the maps of the Final Recommended Plan for 80% protection and the Government Plan for less than 29% protection. The previous Yukon Government rejected the Peel Commission’s plan in favour of its own plan to industrialize the Peel Watershed, sparking outrage and legal action against this abuse of the land-use planning process.

Many photos of the Peel have captivated Yukoners, Canadians and world travellers, but none more so than this shot of the Royal Creek joining the Wind River, taken by Peter Mather. The photo captures the stunning beauty and unspoiled natural splendour of one of the last intact river ecosystems on the continent, 68,000 square kilometres of true wilderness.

4. Depending on the Land

Laura Firth, a Teetl'it Gwich’in Elder, prepares caribou meat in the community of Fort McPherson, which lies on the banks of the Peel River and still actively depends on the watershed for food, water and transportation. Harvesting of plants and animals has sustained northern First Nations since time immemorial, reflected in their deep connection to the land and their desire to keep the region free from industrial development.

The abundant wetlands of the Peel provide food and habitat for moose, boreal songbirds, migratory waterfowl and many other species. Places like the Peel, uncompromised by industry and not fragmented by roads, are becoming more and more rare in the world, and they provide essential space for wildlife to roam free.

6. The River of Names

This campaign has united Yukoners in unprecedented ways to defend not just the Peel, but also democracy. The overwhelming majority of Yukoners supported the commission’s Final Recommended Plan, and when the previous government rejected it, the pushback from the public was game-changing. This is a photo of the River of Names – the names of the 7,500 people who participated in the final consultation, etched on a 32-metre long banner. 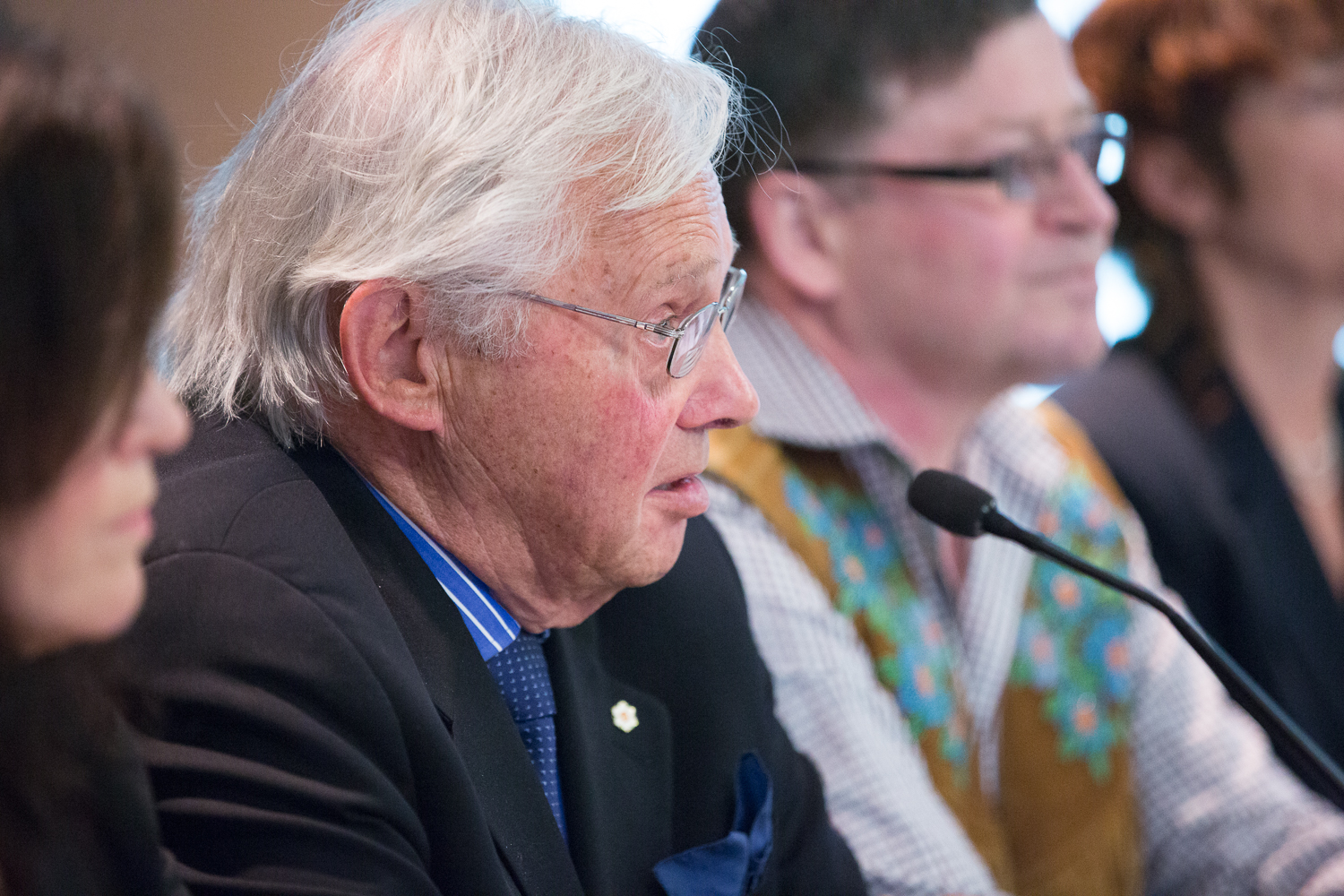 When the previous Yukon Government officially adopted its own unilateral plan to develop 71% of the Peel in January 2014 and announced that the Peel was “open for business” at an international mining conference, the affected First Nations and conservation groups quickly responded with legal action. We brought in renowned Aboriginal rights lawyer, Thomas Berger, to represent the legal case. Berger is most remembered for his work on the 1970s Mackenzie Valley Pipeline Inquiry, when he travelled throughout the north hearing the concerns of First Nations, and ultimately recommended a 10-year moratorium on the pipeline's development.

The Yukon Supreme Court heard the Peel Watershed case in 2014, while the Court of Appeal heard the case in 2015. Both courts ruled that the government violated its constitutional obligations under the Yukon’s modern-day treaties, but the current ruling dials back the planning process and leaves the door open to widespread development in the Peel. In 2014, Yukoners gathered on the steps of the courthouse in a silent vigil to mark the beginning of the Yukon Supreme Court trial. 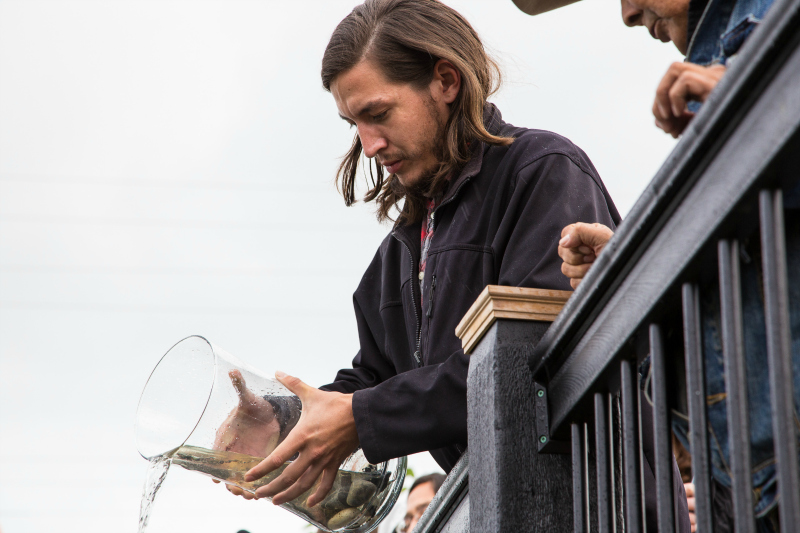 The protection of the Peel Watershed’s clean and pure rivers was the catalyst for the public campaign in the 1990s. During the 2015 Court of Appeal hearing, Yukoners brought water from lakes, streams and rivers from across the territory as part of a Water Ceremony. In this photo, Vuntut Gwitchin youth Dana Tizya-Tramm pours the collected water into the Yukon River to finish the ceremony.

‘Protect the Peel’ stickers can be seen everywhere in the Yukon, from the bumpers of cars and trucks to bicycle baskets, signposts, and, of course, canoes. The rivers and wildlife of the Peel have run wild and free since time immemorial. First Nations people, other Yukoners and visitors from around Canada and the world continue to rely on this vast, stunning land for sustenance and solace in a changing world.

11. All the way to the Supreme Court of Canada 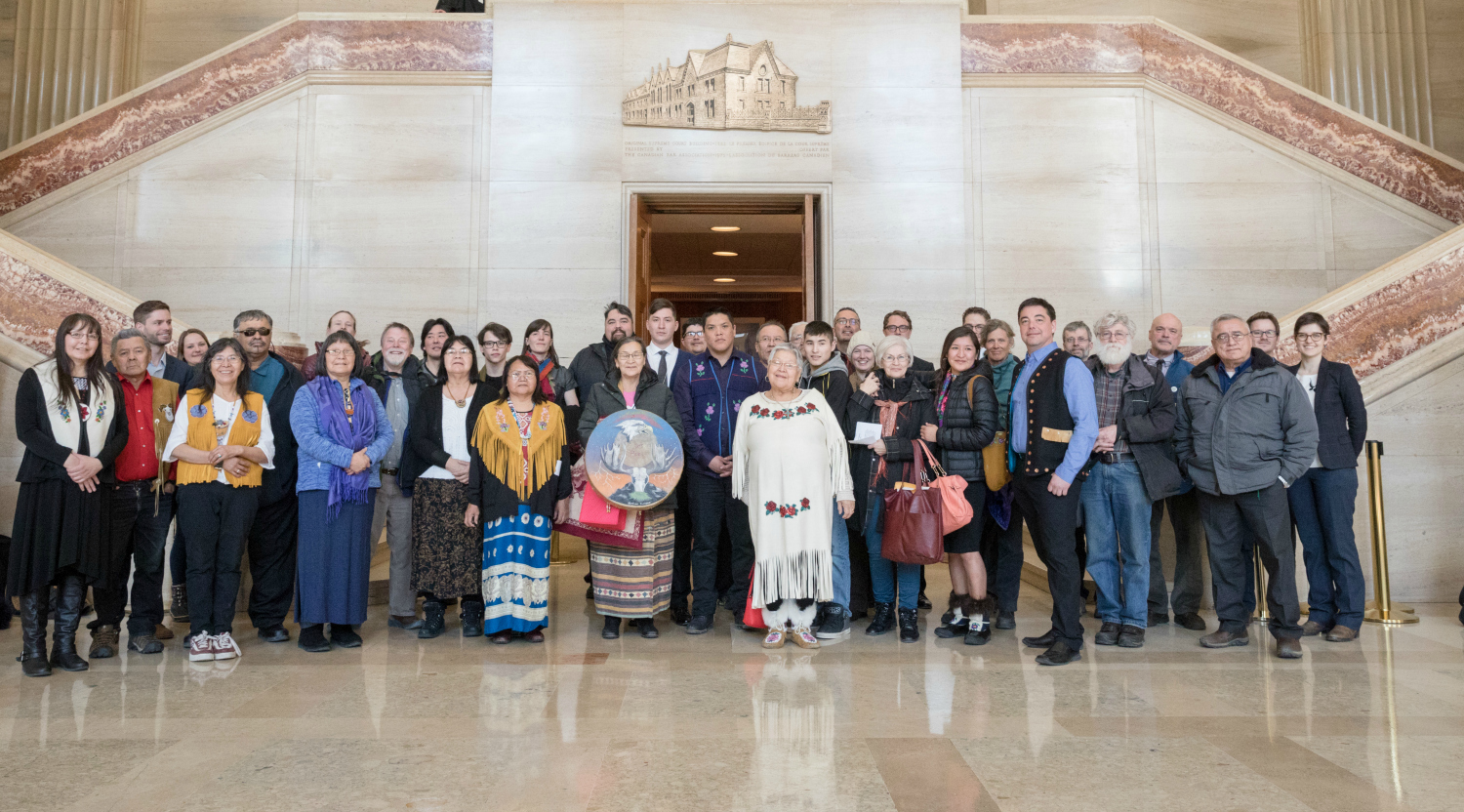 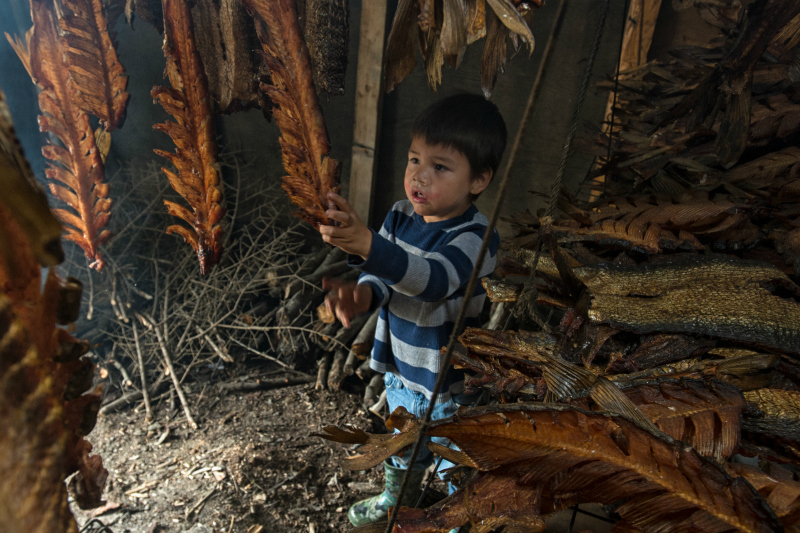 The Supreme Court of Canada’s judgment on the Peel Watershed case will shape the future of the Yukon and could have ripple effects across the whole country by setting a precedent for how modern treaties are interpreted when it comes to land-use planning. It is not just the Peel at stake, but the rights of future generations to live off the land. In this photo, Roy Vittrekwa, a young Teetl'it Gwich’in, helps dry fish in his family’s drying shack.

Back to all news »